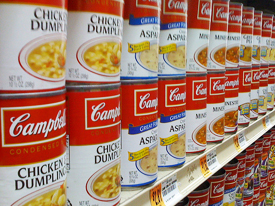 One in six American children and teens is obese, which brings a range of other health risks, like diabetes, into their lives at an early age. A new study shows a link between phthalates and insulin resistance (which leads to diabetes), and BPA and obesity in adolescents.

“Clearly unhealthy diet and lack of physical activity are the drivers of this epidemic … but increasingly environmental chemicals are being identified as possible contributors,” said Dr. Leonardo Trasande, a pediatrician and author of the study. BPA, or Bisphenol A has been banned from being used in baby bottles by the FDA, but still is used in other food containers and food packaging, like the lining of aluminum canned foods. Phthalates are used to make plastics soft and flexible, and the kind tracked in this study is found in plastic bottles with a #3 recycling code.

The bottom line? If you’re young or old, avoid heavily processed foods that are in direct contact with plastic. Head to Reuters Health for the full article.