In the opening of President Joe Biden’s campaign website and Plan for a Clean Energy Revolution and Environmental Justice states:

“Biden believes the Green New Deal is a crucial framework for meeting the climate challenges we face. It powerfully captures two basic truths, which are at the core of his plan: (1) the United States urgently needs to embrace greater ambition on an epic scale to meet the scope of this challenge, and (2) our environment and our economy are completely and totally connected.” 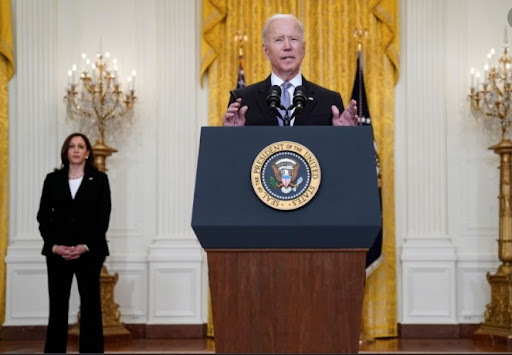 Eight months into his presidency, Biden seems to have remained true to these “basic truths” but concrete steps fall far short of the aspirations set out in his campaign. Yet, in an amazingly short time Biden has reversed some of the worst decisions and damage inflicted by predecessor Donald Trump. For an interesting discussion of Biden’s efforts to get America back on track toward its environmental goals, read the State Department’s recent interview (July 1, 2021) with Special Envoy for Climate Change John Kerry.

Moreover, while actively, albeit unsuccessfully, seeking bipartisan solutions to meet environmental challenges, Biden has been making decisions within his control so as to steadily make progress toward his environmental goals.

An environmental accomplishment is the climate team he has assembled. In an era when politics may make the legislative progress on the environment difficult to impossible, much of Biden’s impact may be accomplished through the agencies led by his selected team:

As mentioned in an earlier Ecology Center blog, “the Biden Administration aims to build a modern, sustainable infrastructure and an equitable clean energy future offering specific and immediate actions as set forth in this [White House] Fact Sheet”.  The administration’s fact sheet (from January 27, 2021) sets forth ambitious goals, some of which have been tackled and some which have not.

Below we share four areas of Biden’s accomplishments as well as areas that still need attention.

On his first day in office (January 20, 2021), Biden signed an Executive Order to re-enter the United States in the Paris Climate Agreement (from which Trump had withdrawn the U.S.). With almost 200 nation state signatories, the Paris Agreement is the largest international effort to curb global warming.

A May 13, 2021 letter signed by over 150 environmental and social justice organizations worldwide called upon the Biden Administration to ratify and fully implement the 1989 Basel Convention on global waste management. Nevertheless, at a recent EPA and State Department stakeholders meeting on the Basel Convention (March 29, 2021), State Department Representative John Thompson indicated that the US was considering not ratifying the Convention, or at least it was exploring ways to ratify the treaty without accepting the Basel Ban Amendment (Art.4a). In 2019, the Basel Convention was amended (Basel Ban Amendment) to prohibit exports of all hazardous wastes from developed to developing countries.

Late summer of 2021, the Intergovernmental Panel on Climate Change (IPCC) Working Group 1, which provides the latest on the physical standings and projections of the climate system, released the Sixth Assessment Report (AR6) calling for dire attention and need to not exceed the projected 1.5 degrees Celsius. In addition, the report called attention to the human impact that is projected to drive climate warming beyond the 1.5 degrees Celsius.

As of August 2021, the Biden administration has established a 5 billion budget for resilience funding to address current and prospective climate hazards such as fires, floods, and infrastructure for disadvantaged and vulnerable communities. Furthermore, Biden took swift actions in a 3.5 trillion budget that includes 135 billion dollars to address forest fires, carbon emissions reduction, and drought. Another $198 is allocated to the Energy and Natural Resources Committee for clean energy development. The Biden administration will need to act fast and in greater lengths to address carbon dioxide (CO2) and other greenhouse gas (GHG) emission in the coming decades. 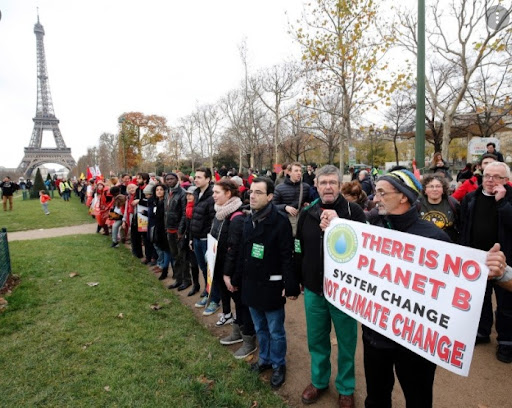 Only two months later, on March 29th, the Council’s membership was announced with 26 newly assigned civil society and academic member experts, and Environmental Protection Agency (EPA) Administrator Michael Regan affirmed that environmental justice would be a major priority for the agency during his tenure.

Even more important than the creation of advisory groups tasked to achieve diversity and equity goals is Biden’s nomination of  a diverse team, who will be making a myriad of decisions that truly lay the groundwork necessary for successful implementation of policies that affect the environment. Two of many such appointments are Deb Haaland as Secretary of the Interior (the first indigenous person in this position) and his nomination of Asmeret Asefaw Berhe (native Eritrean) to direct the Department of Energy’s Office of Science.

Frontline communities, often Black, Indigenous, people of color, still stand at the forefront of detrimental environmental and climate change and impact on a large scale. Direct attention and resolve to active crude oil pipelines like that of Line 3 (crude oil shipped from Alberta to Superior, WI) to the need to be liable for ruptures and spills polluting community health and livelihoods are one of many environmental and community injustices the Biden administration has the authority to influence and intervene. Similarly, the same attention is needed to that of the Bureau of Land Management’s fracking in the Great Chaco Region in New Mexico (comprising tribal, state, and federal land) where countless climate justice communities and youth in the greater Southwest, like Uplift Climate, are actively working to draw attention and action towards.

On April 22, 2021, President Biden announced new 2030 GHG goals for the United States to achieve a 50-52 percent reduction from 2005 levels in economy-wide net greenhouse gas pollution, building on progress to-date and by positioning American workers and industry to tackle the climate crisis. In addition, Biden has set a course intended to enable the United States to reach net zero emissions economy-wide by no later than 2050.

Although in January 2021 the Biden administration revoked the Keystone XL pipeline permit, in other situations Trump actions have not been reversed, as the Biden administration government lawyers have opposed efforts to shut down the Dakota Access pipeline, supported a massive oil project in the Arctic, and preserved an environmental review rule despised by activists.

During the Leaders Summit on Climate (April 22, 2021, with 40 world leaders), as part of his promise to Build Back Better, Biden’s energy and pollution-reduction targets per the White House Fact Sheet explicitly described prioritizing American workers:

Needs attention: Biden’s April 2021 jobs report did not prove progressive, though the June jobs report suggests a stronger and more positive upward trend in the economy and for jobs.

Presidential power and influence is one of many ways legislation and positive change happens. This is to encourage informed and active individuals like you to play your part in making our climate, environment, and homes a greener, cleaner, and healthier place.

Needs attention: Biden’s April 2021 jobs report did not prove progressive, though the July jobs report (released Aug. 6th) suggests a stronger and more positive upward trend in the economy and for jobs.

Presidential power and influence is one of many ways legislation and positive change happens. This is to encourage informed and active individuals like you to play your part in making our climate, environment, and homes a greener, cleaner, and healthier place.

Transportation pollution from dirty cars, trucks, and buses is California’s largest driver of climate change and the number one reason our state has the most polluted air in the nation.

Cement manufacturing is California’s second-largest industrial source of carbon pollution. Not to mention, it threatens our air, soil, and waterways with toxic pollution.

Thousands of deserted oil and gas wells are putting our environment and the health of the public at great risk. Oil and gas wells not only contaminate drinking water but can also leak climate-busting toxic pollution into our air. Many abandoned wells are releasing methane, a greenhouse gas containing about 86 times the climate-warming power of carbon dioxide over two decades. Some are leaking chemicals such as benzene, a known carcinogen, into fields and groundwater. *1

* AB 1395 (Muratsuchi, C. Garcia) Commits our state to achieving net-zero carbon emissions by no later than 2045, and provides ‘rules for the road’. In Sept. 2018, former Gov. Jerry Brown issued Executive Order B-55-18, which mandates that California achieve carbon neutrality by 2045 and maintain net negative emissions thereafter. AB 1395 furthers the intent of that executive order by setting forth key long-term goals and requires the establishment of interim goals that would ensure California drives down emissions to safer levels. AB 1395 would require the California Air Resources Board (CARB) to work with designated state agencies to achieve carbon neutrality by 2045 through:

* SB 596 (Becker) requires the Air Resources Board to establish a strategy to reduce greenhouse gas (GHG) emissions in the concrete and cement industries by 40% from 2019 levels by 2030 and to achieve carbon neutrality as soon as possible, but no later than 2045.

* SB 47 (Limon) to help clean up abandoned oil and gas wells, which pose a major risk to the climate, our environment, and health. This bill will allow CalGEM (California Geologic Energy Management Division) to spend up to $10 million a year on plugging and abandoning deserted oil and gas wells and retain unspent funds up to $100 million. This will help ensure that deserted wells are properly dealt with without delay.

* AB 1389 (Reyes) /SB 726 (Gonzalez) would update the Clean Transportation Program at the California Energy Commission, which invests in advanced technologies to move people and goods without damaging our health and climate. This would help increase the amount of clean, electric vehicles across the state — especially in low-income and disadvantaged communities — by investing in technology innovations and charging stations to support them.

This article was written by James Hosley & Pheng Lor of the Ecology Center Help Desk.

One thought on “The Biden Administration: The Environment, Climate, and Equity”