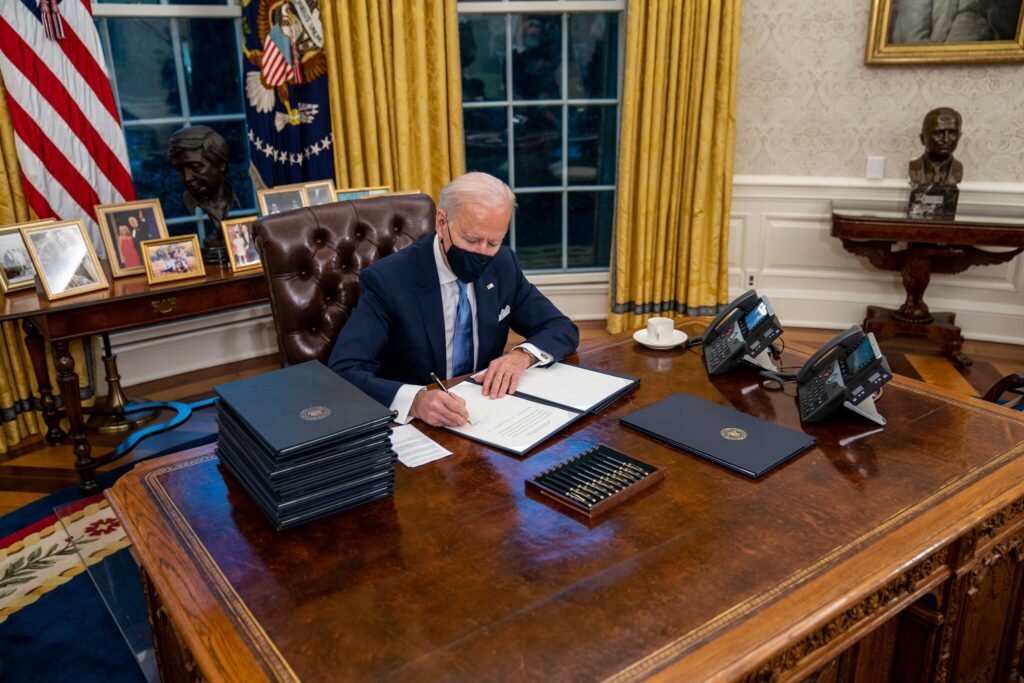 On his first full day in office President Biden recommitted the United States to the Paris Climate Agreement, promptly halted the Keystone Pipeline, and ordered a review and reinstatement of over one hundred environmental regulations the prior administration weakened or set aside. Within his first week, Biden kicked off his climate change agenda with  a comprehensive Executive Order on Tackling Climate Change at Home and Abroad. The Biden plan includes renewable energy investments, climate policy adoption, commitments to environmental and social justice, sustainable infrastructure development, and much more.

While we encourage you to dive into the full Biden Climate Plan plan for yourself – Here’s what you need to know:

The Goal
The overarching goal of the Biden Climate Plan is for the U.S. to achieve carbon-free electricity production by 2035 and net-zero carbon emissions by 2050. The Biden administration aims to build a modern, sustainable infrastructure and an equitable clean energy future offering specific and immediate actions as set forth in this Fact Sheet.

On Energy and Emissions

On Conservation, Jobs, and Sustainable Infrastructure

On Environmental Justice and Climate Equity

While this is far from a comprehensive plan to address the entirety of the climate emergency, we are cautiously optimistic that we are on the right path. And so, we at the Ecology Center  remain multi-issue and aware of the entire ecosystem and focused on solutions. The White House encourages citizens to get involved, including applying for jobs, internships, and fellowships. To get active locally, join the Ecology Center’s Berkeley Climate Action Coalition, which focuses on supporting the City of Berkeley to implement its 40-year 2009 Climate Action Plan.