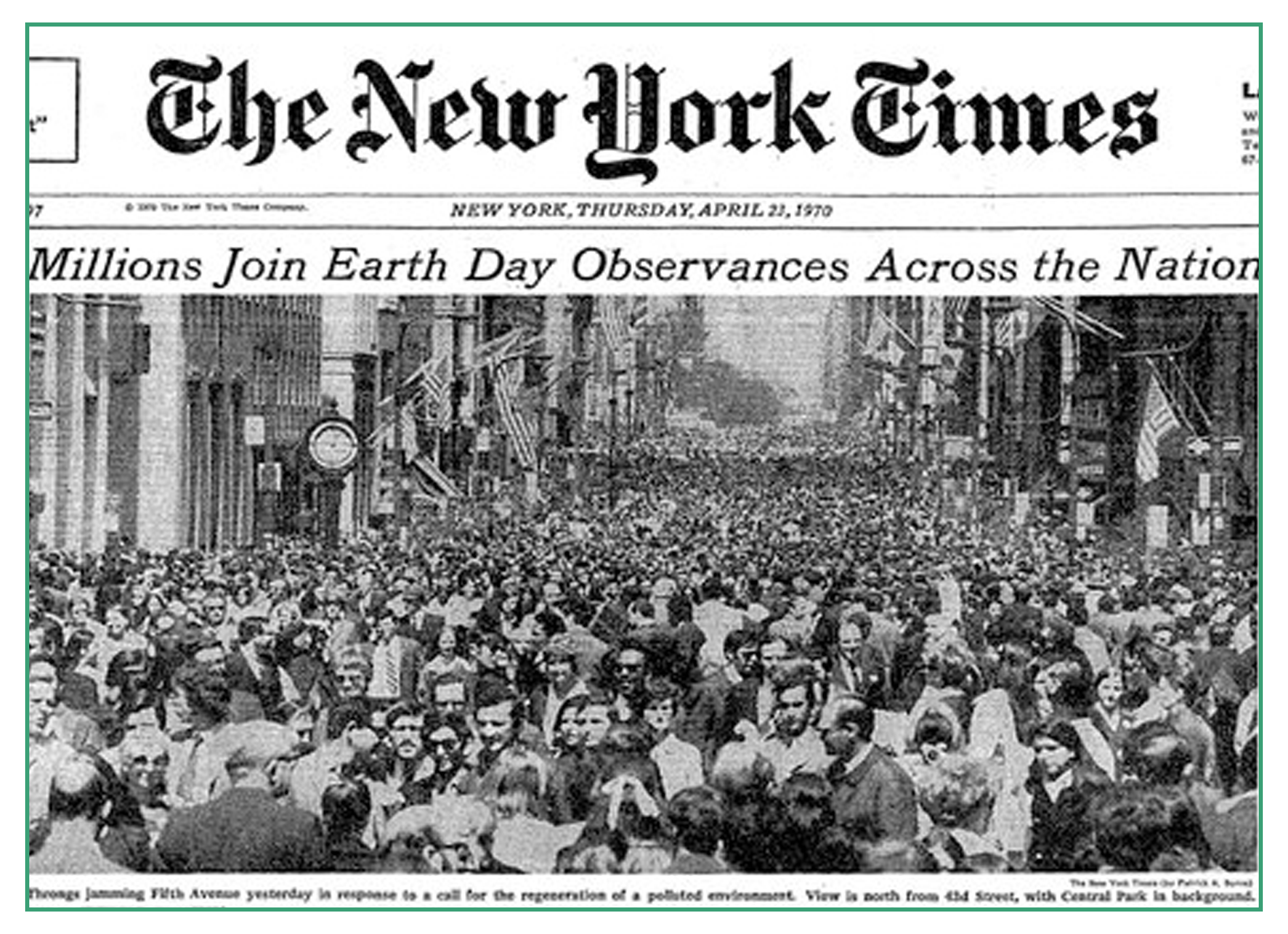 Ecology Center was born at a turning point in our nation, with Berkeley, California, as one of the epicenters for a social revolution. It was 1969, and the social fabric was being pulled in all directions—it was coming undone.

The Apollo missions photographed Earth during their trans-lunar flights and gave us “The Blue Marble Shot,” revealing the beauty and fragility of our small planet in the grand cosmos. Our perspective on our world was changing instantaneously and irrevocably.

Back then the goal was to save the planet from human inhabitants. It’s amazing that in just 50 years our goal has had to shift to saving the planet so that humans can still inhabit it.

In the midst of this charged atmosphere, Ecology Center was founded: we incorporated in the State of California as a nonprofit charitable organization in November of 1969, and then on Earth Day, April 22, 1970, we became a federally recognized charitable organization. Somebody at the IRS was thinking about us and incorporated us on the historic date.

Ecology Center is one of dozens of institutions that was born out of organizing for the first Earth Day in 1970. Our early efforts were also intertwined with the protests to establish People’s Park. We became deeply involved in the shoreline and aquatic bird cleanup, after the 1971 San Francisco Bay oil spill, by taking a lead on organizing volunteer crews.

Picking up and cleaning up was considered a baseline effort, and, in 1973, what started as a demonstration of curbside collection for newspaper recycling, grew to become the first residential recycling program in the nation.

We prevailed to seed and launch many more community initiatives over the next 50 years. Our tried-and-true approach has been to start something meaningful on the local level that has national or global relevance–then help spread it. This approach has allowed the Ecology Center to remain relevant and to punch above its weight, all these years.

As an organization, we defined ourselves as getting things done in our communities. The ethos of the time was very much a do-ocracy. The idea was that every community could have a place like a library, a civic institution, where people could come together, get informed, get active on local issues, and start worthwhile community efforts.

Part of the ethos of our name, Ecology Center, is the idea of ecology being an interweaving of humans and the environment.  We are a part of the environment, interwoven and interconnected; we can’t touch one part of our environment and not have that action reverberate throughout the ecosystem. Today, human impact on the environment is everywhere–in the most remote mountains and forests, at the polar ice caps, and even at the very depths of the ocean floor. It’s becoming clear to everyone that everything is connected. It’s right in our faces. Some can deny it, but they can no longer ignore it.

At the time, even the term “ecology”  was a radical anti-establishment one. It ran counter to the prior language around conservation, which viewed natural resources as separate and to be preserved from humans or possibly reserved for human use in the future. Even the term “environmental movement” did not acknowledge the interconnectedness of humans and environment.

Earth Day 1970, the Catalyst for a Movement

The first Earth Day was very political. Earth Day was a mass mobilization not a series of park festivals. Twenty million people came out in cities across the nation. Up until the Women’s March in 2017, it was the country’s largest mass demonstration on record.

Earth Day was focused on political organizing; that political organizing led to voting out the twelve senators who killed all environmental legislation up to that point. They were known as the Dirty Dozen. Voting them out was a shot across the bow that allowed the passage of a whole slew of critical environmental protections at the federal level. The Clean Air Act (1970), the Clean Water Act (1972), and the Endangered Species Act (1973)—and getting the Environmental Protection Agency (EPA) started (1970) are the underpinnings of our environmental protections to this day. The acts had bipartisan support and were even enacted with the support of then President Richard Nixon.

A Community Resource, Ants to Ozone

When the Ecology Center was founded, there weren’t hundreds of other organizations focused on every single topic. That’s part of why we are still so multi-issue. I like to say that we cover everything from ants to ozone. That’s what being a community resource center–that is responsive and open to the public–is all about. We have thrived and been supported, as other groups focused on hydro dams or pesticides or Bay water quality, or any number of dozens and dozens of important single issues.

For us, it is impossible to not be multi-issue. How would we determine what is more important?  Pollution? Climate? Toxics? Food and Farming? Fossil Fuels? Waste and Consumerism? They are all part of our human systems and contribute to trashing the planet. And so, we remain multi-issue and aware of the entire ecosystem and focused on solutions.