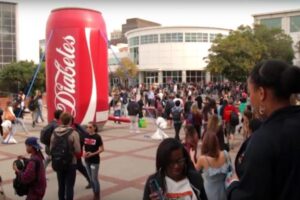 Over the past four years, Ecology Center has been reinvesting grant funding from soda tax dollars into initiatives aimed at raising awareness at Berkeley High School about health equity and the growing cases of type 2 diabetes among young people, with an outsized impact on Latinx and African-American youth. 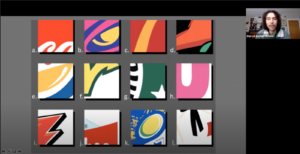 By partnering with teachers, administrators, and Youth Speaks’ The Bigger Picture, we have reached over 2,000 students with an interactive assembly and a follow-up 9th grade classroom curriculum covering the social determinants of health from Big Soda marketing. During the 2020/21 school year, we delivered these classes virtually!

This year, as we researched and outlined content for our workshops to Berkeley High’s Universal 9th grade Social Living classes, we found a fascinating Civil Eats article that got us thinking more deeply about the role of the virtual environment in delivering soda and junk food marketing to kids. In this blog post, we share some of our analysis and classroom discussion. 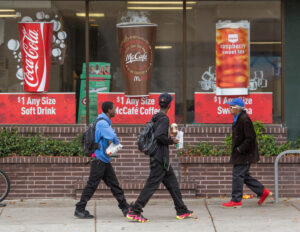 It’s impossible to ignore the invasive marketing strategies that Big Soda and junk food corporations deploy in our communities and local food environments. Every year PepsiCo. and Coca Cola spend billions of dollars in advertising to reach their audiences, including digital marketing strategies that work especially well with youth audiences. Daily screen time has increased during the pandemic particularly among children and teens, allowing for invasive and engaging media posts to influence their decision-making. 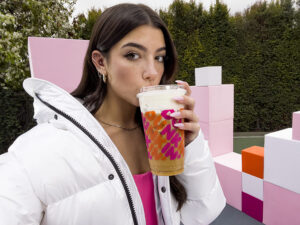 It’s no coincidence that junk food brands engage with youth on social media through these para-social relationships. For example, Dunkin’ (formerly Dunkin’ Donuts) has hired viral 16-year-old TikTok influencer Charli D’Amelio to promote “The Charli” across media platforms– a new sweetened coffee beverage that contains twice the daily limit of sugar recommended by the American Heart Association, and half a day’s worth of calories. D’Amelio’s audience reaches more than 108 million people, 30% of which are ages 10-19, making it a no-brainer as to why Dunkin’ chose to partner with her. With that kind of reach and influence, it makes sense that D’Amelio can charge Dunkin’ $100,000 per sponsored media post, which seems to be working out just fine for Dunkin’ and D’Amelio. 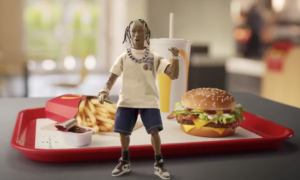 In September of 2020, McDonald’s rolled out the “Cactus Jack Meal,” endorsed by Travis Scott, a popular rapper from Houston, Texas. The marketing campaign for the Cactus Jack Meal included commercials depicting Travis Scott as an animated, action figure-sized character, referencing some of Travis Scott’s imagery, as well as a McDonald’s classic toy option created in his likeness. Additionally, Travis Scott made a surprise visit to a Houston McDonald’s where he ate outside the restaurant and promoted it live on Instagram, causing a crowd of fans to flood the restaurant. In this instance, McDonald’s used subversive social media marketing strategies to make their advertising seem less like an advertisement. By reaching audiences through apps, marketers are able to survey and track your online conversations and behaviors without you even knowing.

Furthermore, marketers use messaging, GPS, and other apps to target and influence consumers. For example, fast food restaurants can deliver coupons to student cell phones, enticing them with offers for free food as they leave school, and soda companies can target neighborhoods where young people are more likely to buy full-calorie soft drinks. 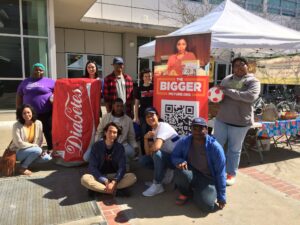 While soda and fast-food companies pour billions into persuasive advertisements, ultimately, they cannot buy the hearts and minds of empowered young people equipped with information.

When we broke down youth-targeted marketing and shared the Charli and Cactus Jack Meal examples in our workshops, students reflected back many a wise word:

One student said, “The fact that the beverage industry is targeting children and youth with ads is disgusting. The industry knows that these sweet beverages hurt their health. Yet they continue to play these ads just for profit.”

Another commented, “Advertisements can have a massive impact on what we decide to eat and drink….By using celebrities that kids look up to, it makes kids want to buy that food or those drinks. It is important to not fall in the trap of advertisements and try to find good food. To do this we need to make healthy food more advertised and accessible instead of unhealthy food.” 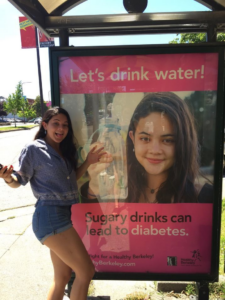 Youth-led media messaging can be a powerful tool in debunking the junk food advertising machine. Ecology Center’s Youth Environmental Academy participants were key contributors to a citywide public health billboard campaign promoting water in 2017. Starting in 2020, our youth interns have been participating in youth media campaign creation with Bay Area Nutrition & Physical Activity Collaborative (BANPAC). They are creating multimedia messages that inform about the dangers of sugar-sweetened beverages and the importance of drinking water as a cornerstone for good health, to be distributed through school, government, and community organization platforms. 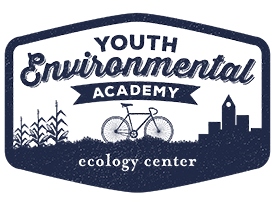 Ecology Center’s For Thirst, Water First! initiative builds student engagement with food justice and nutrition – supporting them with information and resources to join the conversation and take action on behalf of the wellbeing of their friends and family, community, and themselves. For more information or to bring a presentation to your school email us! youthdevelopment@ecologycenter.org or visit our website ecologycenter.org/yea