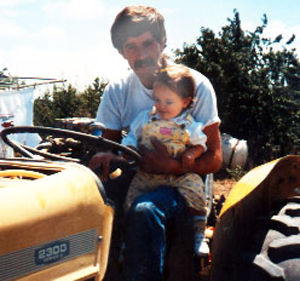 Bill Peixoto’s parents bought 8 acres and a small house near Watsonville, CA in 1957. In 1965, they bought a 2.5 acre apple orchard adjacent to their property. When Bill’s father died in 1983, he and his brother Bob took over the small orchard adjacent to their parents’ property. They began replanting it with newer varieties a little bit every year.

After 4 years, Bob had had enough of apple farming, and Bill continued on his own. In 1990, Bill rented a larger orchard from a family friend and began renovating with newer varieties of apples. He began to transition to organic in 1996, and received certification in 1999. Today, Bill grows over 10 varieties of organic apples on 15 acres. His main varieties are Fuji, Jonagold, and Pippin.