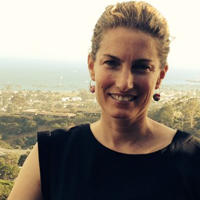 Becca believes in the innate potential of all youth to thrive when given love and support. She works for the Alameda County Center for Healthy Schools and Communities, based at REALM Charter School. Previously she served as a Board Member of REALM and as the Pathways to Success Program Manager and Clinical Supervisor at Berkeley Youth Alternatives (BYA), a multi-service Community Center for youth and families in West Berkeley. Becca is a member of the National Association of Social Workers and has been working with youth and their families for over 20 years. She started as a community organizer in San Francisco’s Hunter’s Point with SLUG (San Francisco League of Urban Gardeners) building gardens and hiring youth in Public Housing to grow food for their community. She has since worked in community centers, garden programs, and public charter schools in San Francisco, North Richmond, Berkeley and in Massachusetts. She is also a massage therapist and birth doula, approaching her social work from a holistic perspective of health and wellness. 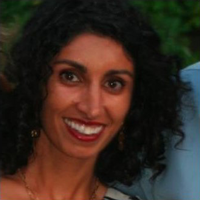 Ladan brings to the Ecology Center her rich experience working with non-profit organizations to fight for social and environmental justice, human rights, and peace in the Middle East. Most recently, Ladan worked for two years as Program Manager at Green For All, where she convened national leaders to share best practices on how to green our communities while creating new economic opportunities for low-income communities of color. Ladan also worked for five years at Global Exchange where she coordinated fact-finding delegations to the Middle East, organized national rallies and educational events against the war in Iraq, and worked to promote a resolution of the Israeli-Palestinian conflict. Ladan also worked for the International Forum on Globalization where she researched the impacts of economic globalization on the environment and local communities. Ladan and her husband are the owners of Auto Glass Express, a Berkeley-based business offering quality auto glass services at affordable prices. Ladan is also a founding parent at Golestan, a Persian Language and Cultural Center in Berkeley. 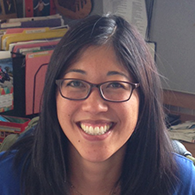 For nearly 20 years, Michele has worked in the field of environmental education, youth development, and interpretive park planning to improve the lives of all Bay Area residents and beyond. After graduating from UCSB with a BA in Environmental Studies, she worked at the San Francisco Conservation Corps as an AmeriCorps VISTA, AmeriCorps Supervisor, and later the Manager of Conservation and Recycling for their Youth In Action program. In 2000, she joined the Golden Gate National Parks Conservancy where she played a key role in the launch and development of the Crissy Field Center, whose mission is to encourage new generations to become bold leaders for thriving parks, healthy communities and a more environmentally just society. Michele is currently the Chief of Interpretation and Education for the National Park Service at Golden Gate National Recreation Area, an 81,000 acre park spanning San Francisco, San Mateo, and Marin counties. During her time at the park, Michele has spearheaded many projects that focus on relevancy, equity, and inclusion. Michele grew up in the East Bay and enjoys living in Alameda with her husband and son. 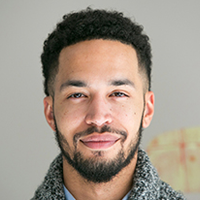 A native of Berkeley, Kad is a self-described “bay-destrian.” His family hails from Texas and across the southern United States. Kad is passionate about racial justice, prison reform, civic engagement, and the liberation of all marginalized people across the globe. Kad is currently a project director with CompassPoint Nonprofit Services. In his time at CompassPoint, Kad has specialized in program design and the facilitation of CompassPoint’s cohort leadership programs. Outside of his work with CompassPoint’s cohort leadership programs, Kad enjoys facilitating workshops in CompassPoint’s public training program where he covers a broad range of content and topics.
Before joining CompassPoint, Kad worked with the Ecology Center of Berkeley for six years, focusing on community engagement and environmental justice advocacy. Through his work with the Ecology Center, Kad also served as a precinct captain in Berkeley’s Measure D Campaign of 2014, which resulted in the historic passing of the first soda tax in US history. In 2016 Kad served as the Co-Director for Berkeley’s Measure Y1 Vote 16 Campaign, resulting in California’s first authorization of 16 and 17 year olds participating in a municipal election. He has previously served on the Board of Directors for the Berkeley Community Fund and as a City Commissioner on Berkeley’s Community Health Commission and Police Review Commission. Lastly, Kad spent 2012 through 2017 advising the Berkeley YMCA’s Youth and Government program, where he helped emerging community leaders cultivate skills for a wide range of forms of political engagement.
In his spare time, Kad is an avid reader and writer. He also enjoys outdoor adventures, playing basketball and NBA2k (as he says, “come get this work!!!”), and watching the Golden State Warriors demolish any and all competition. His continued interest in social transformation is deeply anchored by his commitment to live a life that honors his grandmother, Dorothy Marie Smith’s legacy. May she rest in peace. 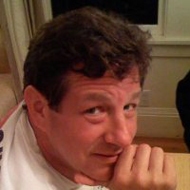 We remember and honor our former Board Treasurer, Chuck Teller. Read our letter about his passing here. Chuck was a social entrepreneur with experience in analytic applications, consumer software services, real estate economics, and conservation resource planning. His most recent role was VP of Product at Wise.io, where he was responsible for the product management and delivery of predictive analytic applications, utilizing advanced machine learning technology, that allow large scale enterprises to optimize customer support services. From 2007 to 2012, Chuck developed the nation’s largest consumer choice portal. Over 1.6 million households in the U.S. use Catalog Choice to send over 26 million opt-out requests to 8,000 companies. Through his efforts at Catalog Choice, Chuck helped reform the mailing practices of direct mailers to provide consumers with choice about what enters their mailbox and reduce paper use by corporations. Earlier in his career, Chuck launched one of the largest Analytic Application product suites at PeopleSoft, and developed an analytic application company, Advance Planning Solutions (APS), that specialized in budgeting and planning functions. Prior to his software career, Chuck spent 10 years as a real estate economist helping public and private clients develop livable urban environments. Chuck held a master’s degree in Urban Planning from University of North Carolina, and a bachelor’s degree in Conservation Resource Planning from University of California.