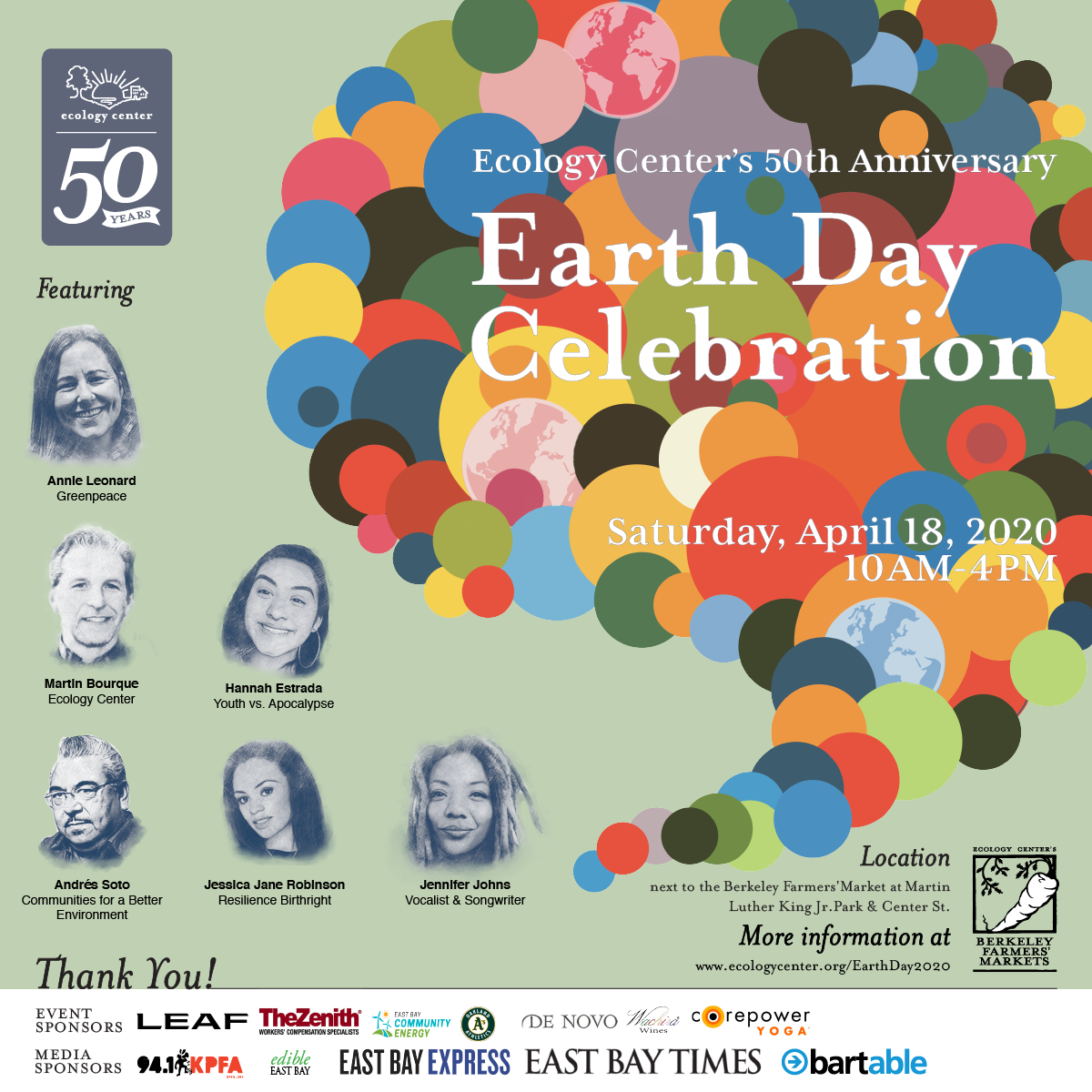 Thank you for your interest in our Earth Day Celebration scheduled for Saturday, April 18, 2020. In light of recent developments surrounding the COVID-19, and based on guidelines outlined by the City of Berkeley and Alameda County, this event will be postponed. We will let you know as soon when we have a new date.

Our thoughts at this time go out to our local communities navigating this rapidly changing public health concern. Any donations will go towards the expense of the event once scheduled. We thank you for your dedication to our organization and helping to inspire and build a sustainable, healthy and just future.

The Ecology Center located in Berkeley, CA is celebrating 50 years of Inspiring and building a sustainable, healthy, and just future for the East Bay, California, and beyond. Join us on Saturday, April 18, 2020 at MLK Jr. Civic Plaza next to the Berkeley Farmers’ Market as we celebrate this free community event. There will be family and kids activities like Smoothie Bikes and a petting zoo; there will be local artisans and farmers’ market vendors; there will also be keynote speakers and performances hosted by Ecology Center’s Youth Environmental Academy, with remarks by the City of Berkeley Mayor, Jesse Arreguín! 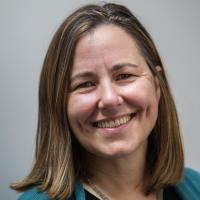 Annie Leonard is the Executive Director of Greenpeace USA an independent environmental organization which uses research, creative communication, non violent direct action and people-power to expose environmental harm and advance solutions. She is also currently partnering with Jane Fonda to launch Fire Drill Fridays, a project to inspire more people to engage in climate activism. Prior to taking the helm at Greenpeace, she created The Story of Stuff, a hit 20-minute webfilm and book that take viewers on an eye-opening tour of the often hidden environmental and social costs of our consumer driven culture. The Story of Stuff film has generated over 40 million views in more than 200 countries and territories since its launch, making it one of the most watched online environmental-themed films to date and sparking a much needed conversation about patterns of consumption today. 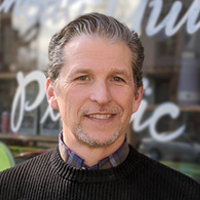 Since 2000, Martin has led the Ecology Center, a community-based organization incorporated on Earth Day in 1970. Under Martin’s leadership, the Ecology Center is leveraging local direct community service programs to have state and national impact. Martin has spearheaded innovative efforts such as creating a farmers’ market industry group, pioneering electronic food stamp access and incentives at farmers’ markets, and passing the nation’s first Soda Tax. By linking local grassroots grit with highly competent program implementation, and increasingly effective policy advocacy, Martin has led the Ecology Center to become a high impact engine for change. 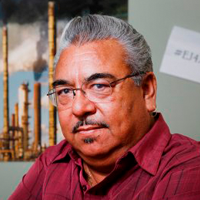 Andres Soto is a life-long resident of the Bay Area having spent most of his life in Richmond. Andrés was educated in local public schools, including Richmond High School where the school mascot is the Oilers! Andrés graduated from UC Berkeley majoring in Political Science.
Andrés has advocated for educational equity, immigrant rights, youth violence prevention, gun control, police accountability and environmental justice. He is currently the Richmond Organizer for Communities for a Better Environment where he is involved in building community power for the struggle to hold both polluters and regulators accountable in the San Francisco Bay Area. Additionally, Andres is the host of the eponymous El Show de Andrés Soto on KPFA radio. 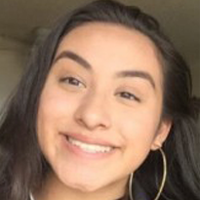 Hannah Estrada
Youth vs. the Apocalypse

Youth Versus Apocalypse is a youth led environmental justice group that focuses on the intersections of climate justice. We work hard to uplift voices of color, marginalized communities, and educate our young people. We are Bay Area based and responsible for organizing the March 15th strike last year, and the September 20th strike last year.

Rupa and the April Fishes create a “powerfully evocative” (LA Times) sound through a wide musical palette that pulls from over a decade of playing street parties, festivals and symphonic concerts in nearly 30 countries. They have toured the entire 350 miles of the SF Bay by bicycle, playing through on a bicycle-powered sound system, and have been collaborating with indigenous groups around the world addressing climate change. Under the direction of composer, front-woman, activist and physician Rupa, the band includes drummer Aaron Kierbel, cellist Misha Khalikulov, trumpeter Mario Alberto Silva, and electronics artist and bassist JHNO. 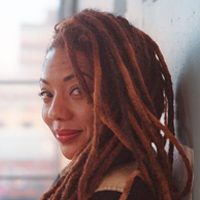 Jennifer Johns is a powerhouse, vocalist, songwriter, producer, and entrepreneur who creates sounds, experiences, and products that are sure to stir your soul, inspire your mind and move your body.
“It is not everyday that the artist achieves the ability to stir the heart and mind though sound and vibration. My heart has not yet stopped stirring since I have heard Jennifer Johns.” – KRS-1
“From deep within her spirit, Jennifer Johns radiates the energy of her ancestors through her voice. To be enfolded in her passionate singing is to be in the presence of a transformational, healing agent.” – Rev. Dr. Michael Beckwith
“No matter where you are in the room, when Jennifer starts to sing, you are physically and spiritually beckoned to bear witness and are thankful for the calling.” – Sterling James, KBLX 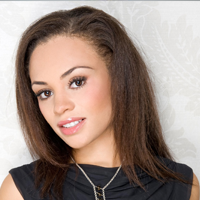 Jessica Jane Robinson is the CEO of her organization Resilience Birthright Inc, created to address climate change and the trashing of the planet through multi-media platforms. She serves on the Board of Directors as Vice President of the Northern California Recycling Association since 2019, and has served on the board since 2013. She got involved with former Vice President Al Gore’s Climate Reality Project in 2012 and quickly became an “Al Gore Climate Leader” by August of that year, and among the 19,000 climate leaders from 154 countries around the world, she is ranked by the organization in the top 50 and top 1% for the impact she has had since becoming a climate leader. In 2019, she has made presentations 110 times and reached over 27,000 audience members. She presented in the United Nations 68th Annual Civic Society Conference and at the AYUDH summit, where she spoke to an international youth parliament. She works with businesses, community organizations, school districts, and individuals on engagement projects that help achieve zero waste and climate protection goals.

11:30 AM
Andres´ Soto, Communities for a Better Environment

If you would like to be a Sponsor, please contact Erika, our development director, at erika@ecologycenter.org or 510-548-2220 x 230. View Sponsorship Levels, benefits, and payment form here.

Can’t make it but want to support? Donate here and type “Earth Day Celebration” in the “leave us a note” field.