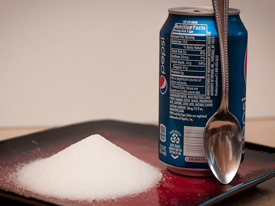 A recent op-ed in the San Francisco Chronicle lines up the scientific reasons why sugary beverages are linked to obesity, diabetes, cardiovascular disease, and other health concerns. The quick snapshot is that soda and other sugary drinks deliver huge quantities of glucose and fructose directly to our bloodstream, overloading our pancreas and liver. Fructose gets converted to fat by our liver, while glucose in our blood triggers the pancreas to make insulin. Eventually, the pancreas can’t keep up the pace of insulin production to meet the levels of glucose, and that exhausted pancreas is what causes diabetes. The soda impact on our body is made worse because drinking soda doesn’t make us feel full the way eating food does, so we end up guzzling unhealthy amounts.

San Francisco is the latest battle-ground in the soda tax war, with a ballot initiative set for 2014. We’ll surely see arguments against it that are not based in science, and try to put distance between the health impacts and their known cause. The best way to counter those messages is to know the facts, and this op-ed sets that up. Read it, know it, share it, and let’s connect the dots to a solution for one of the biggest health problems we face!

Read the full op-ed at SF Gate, there are many interesting points in the comments as well.