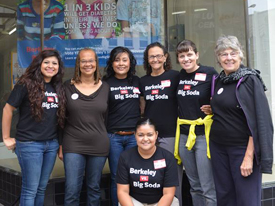 The Ecology Center strongly supports the Berkeley Soda Tax, which will be on the ballot in November. We are part of a wide grassroots effort, fighting for the health of the next generation. August and September are prime times for canvassing and phone banking for the Berkeley vs. Big Soda campaign, so we urge our members and supporters to volunteer. Phone banking happens Sun-Thurs from 5:30 – 8pm, and door-to-door canvassing happens Sat 10 am – 1 pm. Contact Evelyn at volunteer@berkeleyvsbigsoda.com to sign up to help make this happen!

Your support matters now more than ever – “Big Soda” has arrived in Berkeley. They have filed a lawsuit and hired an expensive law firm, in a classic bullying move straight from their playbook. It’s a move to confuse and distract voters from the real issue: that sugary drinks cause diabetes. They have started rolling out push polls and promotion materials, paid for by $300,000 of their profits, which they got by marketing disease-causing sugary drinks to kids and communities of color. Measure D is a great first step toward addressing the diabetes epidemic, and the response from the community has been incredibly positive. We look forward to Berkeley being the first City to successfully pass a soda tax!

One thought on “Walk and Talk for Measure D, Berkeley’s Soda Tax”