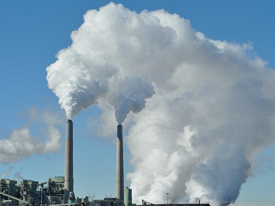 Let’s help government to get it right. This time, they are making good progress- but your message of support for them to stay the course will help that progress become law. This is a message from the Union of Concerned Scientists, urging you to support the EPA in setting new, strong standards under the Clean Air Act:

“The Environmental Protection Agency (EPA) is taking steps to limit carbon pollution from power plants—the largest source of carbon emissions in the United States today. These historic standards will protect our health and our environment by reducing the emissions that cause global warming.

The EPA needs to hear from people like you that you want them to finalize strong carbon pollution standards today. Send your comments to the EPA now!

In late September, the EPA reissued carbon pollution standards for new power plants under the Clean Air Act. These revised carbon standards would ensure that new coal plants capture their carbon pollution—acting as a backstop against growing emissions. By June 2014, the EPA is also due to propose guidelines for a carbon standard for existing power plants. After the standards are finalized, states will then have the opportunity to propose and implement their own plans to meet the new guidelines.

These standards are the most significant step the Obama Administration can take right now to address climate change—and it’s critical that they get it right. The EPA must design a strong and flexible standard for existing power plants that will allow renewable energy, like wind and solar, and energy efficiency to play a significant role in achieving deep carbon emissions reductions at an affordable cost. And it is critical that we don’t shift from a coal- to a natural gas-dominated electricity system. A recent UCS analysis found that a long-term over reliance on natural gas will not achieve the emissions reductions needed to address global warming.

Tell the EPA that you support its efforts to rein in global warming emissions from power plants by submitting your comment today!”