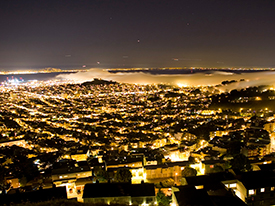 On Thursday, the California Public Utility Commission (CPUC) has a vote on Item 43, which could change residential electricity rates. They need to hear from us: don’t take us backwards! Item 43 will raise rates on 90% of customers, give a big break to the biggest energy hogs, and slow solar adoption.

We need rates that incentivize us in the direction we want to go: clean energy and conservation. Item 43 takes us in the opposite direction. There is an Alternate Proposed Decision by Commissioner Florio (item 43a) that we should support. It provides fair rates for all consumers and promotes energy efficiency and conservation and rooftop solar.

For more details on this issue, you can read an op-ed by the LA Times editorial board, or read this press release from TURN.

Please send an email by this Thursday, June 25th to public.advisor@cpuc.ca.gov with your comments, suggested message is below.

I am writing to urge the Commission to reject the Proposed Decision approving the Investor Owned Utilities’ proposals to add a fixed charge of up to $10 on customer bills and drastically overhaul electric rates. The current proposal offered by investor-owned utilities would disproportionately hurt low-income customers and have the added negative impact of harming energy savings and rooftop solar. In contrast, the Alternate Proposed Decision by Commissioner Florio would reject fixed charges and adopt more meaningful tier differentials in the process of implementing rate reform.

Clean energy and climate change are of great importance to me. California now has 54,000 jobs in the solar industry and the state is preparing to increase the share of clean energy to 50%. Similarly, Governor Brown has expressed a desire to increase energy savings by 50%.

The proposed $10 monthly fixed charge would negatively impact customer conservation and efficiency. If customers can no longer save money by investing in energy efficiency, few will continue to participate. For example, many solar customers currently recover the cost of their solar system in less than 10 years, through savings on their electric bill.

Under the new rates, these customers would need (on average) 3.5 additional years to recoup their investment in their system – equivalent to raising the cost of solar by almost $2 per watt. I strongly support continued rates that reinforce, not weaken incentives for customers to upgrade to more efficient appliances, and to expand solar generation to reduce demand on fossil fuel power.

The rate reforms proposed by the utilities only benefit a small group of high-consuming customers, while increasing charges for the vast majority. For example, 78% of non-CARE PG&E customers would face an average increase of $134 per year, but the highest consuming 17% would receive an average bill reduction of $639 per year, and the upper 1.4% would receive an average annual reduction of $2,300 – $3,000. I recognize the need for rate reform, but any reforms must be equitable and encourage conservation. This proposal is anything but fair or equitable, leaving low-income customers disproportionately burdened.

To protect fairness and equity for energy-conserving customers, and to continue California’s clean energy policies, I urge you to adopt the Alternate Proposed Decision.