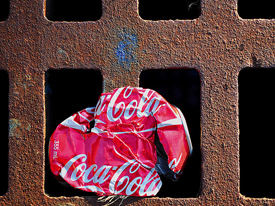 Local news website BeyondChron is running a series of articles called “Soda Tax Myths.” With the series, they are shining a light on what is shaping up to be a big campaign for the 2014 ballot, in both San Francisco and Berkeley. The election season is hardly here yet, but based on past ballot initiatives in Richmond and El Monte, Big Soda is poised to throw it’s weight into opposition campaigns. The latest article “Are Beverages Being Unfairly Targeted,” is a snapshot of the evidence and support for a tax aimed at sugary drinks, and also gives a lens on the counter-messaging and tactics the beverage industry is willing to spend millions to spread. Check it out at BeyondChron, because the best way to enter this campaign season is equipped with accurate information, not profit-protecting misinformation.