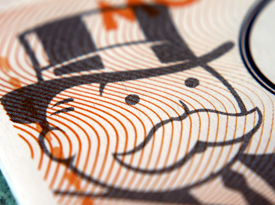 Last week, the No on D Campaign reported a contribution from the American Beverage Association of $500,000, bringing a total of $800,000 that the industry has spent to defeat Measure D in Berkeley. We’re sharing the open letter that the campaign has written in response to this news, and the ambush of ads, canvassers, and push polls this money is buying.

You may not know it, but if you are registered to vote, you have already been contacted by Big Soda. The slick mailers and constant phone surveys have all been paid for by Big Soda. And it is about to get worse. Last week, Big Soda’s lobbying arm – the American Beverage Association – made the largest single campaign contribution in the history of the City of Berkeley.

Big Soda’s half million dollar contribution is unprecedented and is an attempt to fundamentally undermine our democracy. Never before has this kind of corporate money been unleashed on Berkeley voters. They are trying to buy an election. Instead of engaging in a genuine discussion of the health issues at stake, they are suffocating discussion through a tidal wave of political ads that attempt to confuse voters, obscure the science, and mischaracterize the measure.

They have done this before elsewhere. Two years ago, the American Beverage Association and friends wrote checks totaling $4.1 million to defeat Richmond and El Monte’s soda tax measures. It is also reminiscent of Big Tobacco, which spent millions of dollars trying to convince voters that their products were completely safe, long after the medical and public health community knew otherwise.

So the next time you get a phone call from someone asking you about your views on Measure D or the soda tax, follow the example of Robert Reich and ask who is paying for the survey.

The next time someone knocks on your door with the same talking points, remember that Measure D is unanimously endorsed by the entire city council, the entire school board, the NAACP, the League of Women Voters, Alice Waters, Michael Pollan, and many, many more (see below). In contrast, the “No Berkeley Beverage Tax” or “No on D” campaign, which describes itself as “a coalition of citizens, businesses, and community organizations,” is really just the American Beverage Association.

As Robert Reich recently wrote, “If a soda tax can’t pass in the most progressive city in America, it can’t pass anywhere. Big Soda knows that, which is why it’s determined to kill it here.” We can’t let corporate dollars destroy our democracy.

The Yes on D campaign is endorsed by the following organizations, businesses, elected officials, and residents: