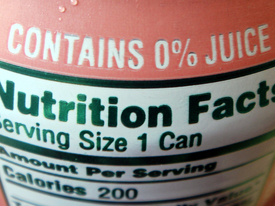 Two San Francisco Supervisors are moving forward a 2014 ballot measure to put a 2 cents per ounce tax on sodas. The soda and beverage industry is paying attention and has started to respond, setting up for a David-and-Goliath battle in the 2014 election.

The tax, which would add up to 24 cents per can of soda, would raise an estimated 31 million dollars. That funding would go toward nutrition education and public health services that address obesity, diabetes, heart disease, and other health problems that go hand in hand with consuming the sugar-packed beverages. San Francisco is picking up where two other local cities – Richmond and El Monte – lost in 2012, after the soda industry spent an unprecedented amount to defeat those ballot efforts. Read about the launch of SF’s soda tax campaign on the Huffington Post.

And if you or a friend need a refresher on why this fight is big, and vital to our health, head over to watch the terribly true Story of the Real Bears.