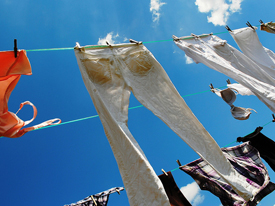 Energy efficiency is paying off, with energy consumption decreasing every year since 2007, even as our population continues to grow. A new report released by the Natural Resources Defense Council is optimistically titled “America’s (Amazingly) Good Energy News” and was cause for a big thumbs up on Grist. Here’s the recap:

“America’s energy use peaked in 2007 and has been falling ever since, the report says. Less energy was used by Americans last year than in 1999, despite 25 percent economic growth in the intervening years.”

Head to Grist to read their full take, or check out the PDF report from NRDC here.