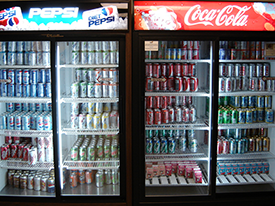 You probably remember the successful soda tax in Berkeley during the 2014 election. That same election year, there was a proposed San Francisco soda tax that failed to pass. Now, two years later, that could change as Berkeley’s neighboring cities are taking steps to increase health awareness by proposing their own taxes on sugar-sweetened beverages (SSB). San Francisco is revving up for another attempt, and Oakland’s City Council unanimously voted to put their own measure on the November ballot. Likewise, Albany is deciding whether to place a SSB tax on their ballot at a city council meeting this upcoming Monday, May 16th.

Despite beverage industry nay-saying, Berkeley’s soda tax has been a success. One year after the soda tax went into effect, Berkeley has collected more than 1.5 million dollars to fund nutrition awareness and school garden programs. Philadelphia and Boulder have since proposed soda taxes following in the footsteps of Berkeley, along with other Bay Area cities taking up their own battles for health.

San Francisco’s 2014 bill needed two-thirds of the vote in order to pass due to how the money was being allocated. That year, San Francisco came short of their two-thirds majority by 11%, so this time their measure is similar to the Berkeley’s soda tax bill, which only needed a simple majority to pass. Oakland is also proposing a bill that is replicating many of the same guidelines as Berkeley. Both San Francisco and Oakland’s bills would impose a one-cent per ounce tax that would go into the general fund, and both cities would create a health panel to advise city officials.

There are advocates working to create a SSB tax in Albany, but they are still in the drafting stages with the Albany City Council. During the upcoming city council meeting on May 16th, it will be essential for residents to advocate for the tax, as this next meeting is when council members will be deciding on whether to put a tax on the November ballot. If you or someone you know lives in Albany, urge them to attend this meeting.

All three of these local efforts need community members’ help to counter fierce opposition. The Berkeley soda tax would not have passed without the endless support from local youth and residents, and these new taxes won’t be able to pass without the same kind of grassroots activism. Keep a lookout for news on the progress of these taxes, volunteer to help the campaigns, post a lawn sign in your front yard, or spread the word to your neighbors and friends who live in these cities. You can share this video about the Berkeley soda tax, or read these articles about the soda taxes in San Francisco, Oakland, and Albany:

As more information spreads about the negative health effects of soda, health advocates across the country will need tools and support to battle the spread of big soda companies’ products. Be a part of the health revolution by getting involved! 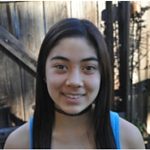 About the author: Nerine Ortiz-Pon is a Youth Intern with our Youth Development program. Nerine began her time at the Ecology Center through the Youth Environmental Academy in the summer of 2014. In the fall of 2014, Nerine was fortunate enough to be a part of the groundbreaking soda tax in Berkeley by canvassing and phone-banking on the weekends and after school. Now, Nerine supports Ecology Center’s communications as well as the Farmers’ Market. Nerine is currently a senior in Communication Arts and Sciences, a small learning community within Berkeley High School that focuses on addressing social justice issues through media literacy. Nerine plans on attending UC Berkeley in the fall and hopes to continue her involvement with more organizations similar to the Ecology Center.