This year for Native American Heritage Month, and beyond, we encourage you to expand your knowledge of and join the many efforts to recognize and act on the demands and frontline needs of Indigenous communities. The Ecology Center occupies Huichin Ohlone land and continues to reflect on the growing actions we can take to advocate for and act on Native American and Indigenous justice. The history of the U.S. has been largely violent and culturally insensitive to Native American people, and they have and continue to be met with challenges and successes for recognition, reparations, and justice.

Today, despite historical wrongdoing that the US government has inflicted, there is still resistance to dated treaty agreements and recent efforts such as returning land, or even widely acknowledging Indigenous People’s Day. Earlier this year President Biden reaffirmed Columbus Day, as he also celebrated Indigenous People’s Day, for the first time.

This year Indigenous People’s Day fell on Monday, October 11, 2021. This day signified the first time in history it was celebrated as a federal holiday. In 2013, California considered a bill that would make the celebration a statewide event, but it didn’t pass. Twenty-nine years prior to this year, Berkeley was the first city in the US to celebrate Indigenous People’s Day as a holiday in 1992.

While many Americans grew up celebrating Columbus Day in October, Indigenous People’s Day started as a day to celebrate Native American people and traditions, an alternative holiday to Columbus Day. 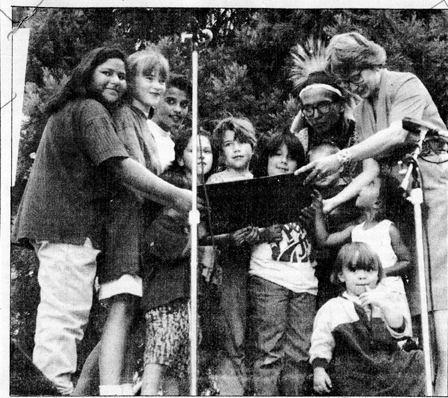 Berkeley, CA, sits on the ancestral and unceded land of the Chochenyo-speaking Ohlone people. European colonizers began living in the area in the 1770’s, arriving during the De Anza expedition (which also established the Presidio district in what is now San Francisco). Indigenous people then were raided off their land, terrorized, and murdered. Today, the Ohlone people are not currently recognized by the federal government.

The Ohlone people are a group of about 50 different tribes that all speak similar languages and thus were all placed under the umbrella term “Ohlone” term since the 1900’s. The Ohlone people have been living in the Bay for thousands of years. Although the East Bay looks radically different now than it did 1,000 years ago, there are still Indigenous people living throughout the region, and they are part of numerous movements and initiatives.

Learn more about the history of the people and the land with these resources:

Learn more and Take Action with these local East Bay and Bay Area groups that are doing work that directly benefits Indigenous People:

This effort is led by Indigenous women who are facilitating the return of Indigenous land to Indigenous people in urban areas. All of the Bay Area is originally Ohlone land, and this group is attempting to return some of that land to Ohlone people. The first land transfer took place in 2016, with a half acre plot in East Oakland. It is the only ceremonial Ohlone site that has existed in the area for the last several hundred years. This land trust is working to gather as many parcels of land in the Oakland and Berkeley area as possible. They also collaborate at the UC Gill Tract Farm in partnership with the UC Berkeley.

Since the initial land transfer, Sogorea has added more land parcels. The organization has also worked to feed the community during COVID, and are working to teach the Chochenyo language to a new generation.

If you are interested in the work that Sogorea Te’ is doing, please visit their website and pay the Shuumi Land Tax. This voluntary tax can be paid by non-Indigenous people living on Ohlone land. This is one way to help directly support their efforts to rematriate the land.

2. Save West Berkeley Shellmound and Village

In June of this year, a court ordered the City to approve development on the West Berkeley shellmound site. This coalition of Ohlone people and Indigenous groups are advocating for historic preservation and Indigenous sovereignty. Today they are fundraising for a goal of $80,000 for the Shellmound Defense Fund.

There is currently an effort to purchase the Ashby Community Garden and return it to Indigenous people. If you are interested in donating to this effort and contributing to the $100,000 goal, click here.

Since 2012, IPP has conducted nine Indigenous permaculture training sessions for over 200 participants. They have established a community garden at Pine Ridge, and maintain three community gardens in Berkeley, Oakland, and Treasure Island.

Their mission statement reads: “We seek to empower, share, and learn alongside communities facing food insecurity. Together, we reimagine and build sustainable local food systems that build community capacity.”

The Erasure of Native America

Decolonization is Not a Metaphor

Revealing the History of Genocide Against California’s Native Americans