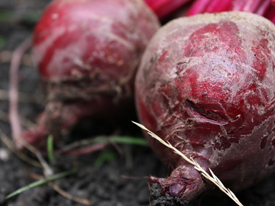 The final event in our “Soil in the City” series looks at how urban gardening intersects with social justice. Why are urban soils so toxic in communities that have the least access to healthy foods? Is a community garden in your neighborhood always good for the community and does it meet the needs of the community? How does gentrification impact people’s ability to access healthy food? Come hear perspectives from the food justice movement in this panel discussion and primer on urban farming.