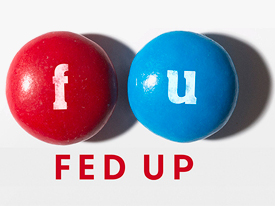 Everyone, head to the movies! Dubbed “the film the food industry doesn’t want you to see,” this is a documentary on a topic whose time has come: the impact of added sugars on our health. In Berkeley, the movie is showing at California Theatre starting May 23rd. It’s also at the Embarcadero in San Francisco.

This is a high profile film, with Katie Couric and Laurie David, the producer behind “An Inconvenient Truth.” Viewers across the country may leave the theater and change their eating habits, but here in Berkeley and San Francisco, voters have a chance to take an even bigger step to stop the sugar induced health epidemic. Both cities are planning ballot initiatives to target the main culprit of added sugars in our diet – sugary beverages like sports drinks, energy drinks and sodas. Berkeley vs. Big Soda will be out at the Berkeley show times, providing information to voters about their campaign.

The website for the film also has lots of resources, and ways to change your sugar game, including a challenge to go sugar-free for ten days. Watch the film, take action with the Berkeley vs. Big Soda campaign, and spread the word!

P.S. Find a friend to go with you to this movie! You can share any of our posts on Facebook, Twitter and more, using the buttons below.