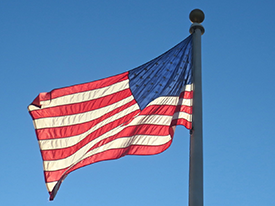 “The most common way people give up their power is by thinking they don’t have any.” – Alice Walker

The Trump victory has shaken us to the core. It’s a repudiation of the values that we hold dear. We are awakening to a different view of the work ahead. There are new uncertainties – for the progress toward greater equity, for plans to address climate change, and for vital programs Americans rely on, such as the food stamp program.

Today we look to California and local elections for bright spots and inspiration: Californians rejected the plastic-bag industry’s democracy-rigging efforts to profit at the expense of our environment. Prop 65 was rejected; Prop 67 has won 52% of the vote to protect and expand our statewide bag ban. The coalition that came together included grocers, communities of color, the recycling industry, and ocean and coastal groups. We prevailed against a well-funded corporate interest in a historic victory: California is the first state to enact a statewide plastic bag ban, to lessen the flow of plastic pollution into the ocean.

Another well-funded opponent received a blow, as Albany, Oakland, and San Francisco all approved soda taxes. Boulder, CO also voted for their soda tax yesterday. Modeled on Berkeley’s successful soda tax, these victories show that the tide has turned against Big Soda. After years of defeating similar measures, they can no longer stop this movement. These soda taxes will reduce consumption and save lives while raising revenue for programs that support healthy kids and communities.