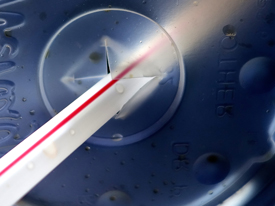 At City Council meeting on July 25, the City of Berkeley declared July Plastic Free Month. The Ecology Center has advocated and led events for Plastic Free July for several years, as part of a growing, international effort to reduce plastic. We strongly support and commend the city for being a pioneer in addressing the problem of plastics. We urge them to continue pushing forward on solutions for plastics that are difficult to recycle, toxic to people, and polluting our oceans. The majority of our events for Plastic Free July have sold out weeks in advance; we are seeing a groundswell of support and interest from our community who are also ready to reduce plastic, in their daily lives, and in our environment. Mayor Jesse Arreguin signed the proclamation, the full text is below.

We declared July Plastic-Free Month to highlight the environmental impact of plastic. Thanks to @EcologyCenter for promoting this. #berkmtg

City of Berkeley Proclamation In Honor of Plastic Free July
WHEREAS, Americans represent 5% of the world’s population, but generate 30% of the world’s refuse, discarding about 33.6 million tons of plastic each year, but only recycling 6.5 percent of it; and

WHEREAS, Plastic may take thousands of years to fully break down, and can leak pollutants into our water and soil; and

WHEREAS, 236,000 tons of microplastics, plastic particles less than 5mm across, end up in waterways and oceans where they are introduced to the food chain and can attract and retain toxic chemicals such as bisphenol A (BPAs) and pesticides that bio-accumulate in our food; and

WHEREAS, Toxic plastic additives have been shown to migrate from containers and plastic wrap into our food; and

WHEREAS, 80% of marine debris comes from land-based sources, primarily trash or litter in urban runoff, and with the increasing rate of plastics entering the oceans by 2050 there will be by weight more plastic than fish in the oceans of the world; and

WHEREAS, Bay Area analysis of street litter have found approximately 2/3 of the total to be single use disposable items that can be reduced; and

WHEREAS, The Ecology Center, along with several nonprofit allies working on plastic waste, will be hosting Plastic Free July, a series of events for the community to join together in order to take local action against the global plastic pollution problem; and

WHEREAS, Plastic Free July encourages participants to “Choose to Refuse” plastic packaging and reduce single use disposable plastics, reuse plastics where possible, and recycle what cannot be reused; and

WHEREAS, Limiting plastic consumption effectively reduces Berkeley’s contribution to Climate Change but also symbolically conveys the larger trend of a shift towards the use of renewable resources and green living.