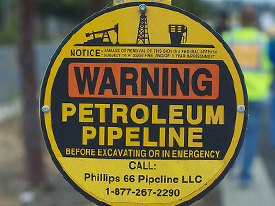 Did you know that we live next to five oil refineries in the East Bay and that several are considering plans to process Canadian tar sands crude oil, described by the Sierra Club as “the most toxic fossil fuel on the planet”? On Wednesday, November 6th, from 7-9 PM, a panel event at the Ecology Center will discuss the concerns of having refineries in our communities, and how different groups have advocated for community health over oil profits. This topic was also covered recently by the East Bay Express, featuring many of the scientists and citizen activists who will be on our panel.

The Bay Area, widely regarded as among the most environmentally conscious places in the U.S., in fact exports more petroleum than any other metropolitan region in the country. Our five East Bay refineries, process the heaviest, dirtiest crude oil, releasing a stew of toxic chemicals and environmental pollutants. Shipping channels in the Bay are being deepened, refineries are being reengineered, and plans call for hundreds of rail cars a day to pass through the East Bay carrying tar sands.

Communities downwind from these refineries face significant health threats, ranging from asthma to cancer, and many are organizing to fight back. Thanks to these refineries’ contributions to climate change, we are all downwind. Victories have already been won, like Communities for a Better Environment’s (CBE) 2010 successful legal battle to halt the expansion of Chevron’s Richmond refinery, but many challenges lie ahead.

For more details on this free event, click here.