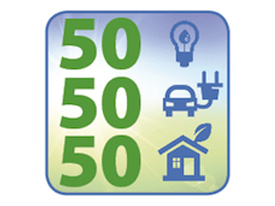 Right now, California’s leaders have a chance to move us forward on climate action for decades to come. There are two important bills, SB 32 and SB 350, that need to pass. 350 Bay Area has put together this call to action:

California’s climate future hinges on a handful Assembly votes​. ​The California Senate passed strong climate bills with goals and commitments for 2030 and 2050. Governor Brown wants to sign them into law. It’s up to the Assembly to finish the job​, and the first hurdle is to pass the Appropriations Committee. Will the Committee say no to big oil, vote yes on the climate package, and send it to the full Assembly? Help them decide.​ ​Send a letter ​to undecided members today​.

We’re targeting five undecided Democrats to secure two more yes votes. Your letters will go to all five targeted members, Ian Calderon, Tom Daly, Chris Holden, Bill Quirk and Shirley Weber. You have a right to lobby them because when they cast votes as Committee members, they represent all Californians.

The fossil fuel industry wants to kill this bill. They even pushed for an amendment that would include natural gas as a “non-petroleum” fuel. This is absurd. Please send a letter to undecided Democratic members of the Appropriations Committee. Urge them to vote yes on the climate package.​

The Appropriations Committee vote will happen August 19th or 26th. Your letter will have the most impact if sent before August 19th.